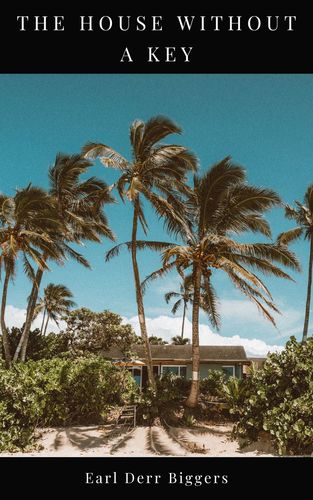 The House Without a Key

En savoir plus
Description
The novel, which takes place in the 1920s Hawaii, spends time acquainting the reader with the look and feel of the islands of that era from the standpoint of both white and non-white inhabitants, and describes social class structures and customs which have largely vanished in the 21st century.

The novel deals with the murder of a former member of Boston society who has lived in Hawaii for a number of years. The main character is the victim's nephew, a straitlaced young Bostonian bond trader, who came to the islands to try to convince his aunt Minerva, whose vacation has extended many months, to return to Boston. The nephew, John Quincy Winterslip, soon falls under the spell of the islands himself, meets an attractive young woman, breaks his engagement to his straitlaced Bostonian fiancee Agatha, and decides after the murder is solved to move to San Francisco. In the interval, he is introduced to many levels of Hawaiian society and is of some assistance to Detective Charlie Chan in solving the mystery.
Auteur(s)

The son of Robert J. and Emma E. (Derr) Biggers, Earl Derr Biggers was born in Warren, Ohio, and graduated from Harvard University in 1907, where he was a member of The Lampoon. He worked briefly as a journalist for The Plain Dealer in 1907,[2] and then for the Boston Traveller until 1912, before turning to fiction. Many of his plays and novels were made into movies.

His first novel, Seven Keys to Baldpate, was popular in 1913, and George M. Cohan quickly adapted the novel as a hit Broadway stage play of the same name. Cohan starred in the 1917 film version, one of seven film versions of the play, and a 1935 revival.[3] The novel was also adapted into two films with different titles, House of the Long Shadows and Haunted Honeymoon, but they had essentially equivalent plots.

More than 10 years after Baldpate, Biggers had even greater success with his series of Charlie Chan detective novels. The popularity of Charlie Chan extended even to China, where audiences in Shanghai appreciated the Hollywood films. Chinese companies made films starring this fictional character.[4] Derr Biggers publicly acknowledged the real-life detective Chang Apana as the inspiration for the character of Charlie Chan in his letter to the Honolulu Advertiser of June 28, 1932.[5]

Biggers lived in San Marino, California, and died in a Pasadena, California hospital after suffering a heart attack in Palm Springs, California. He was 48.