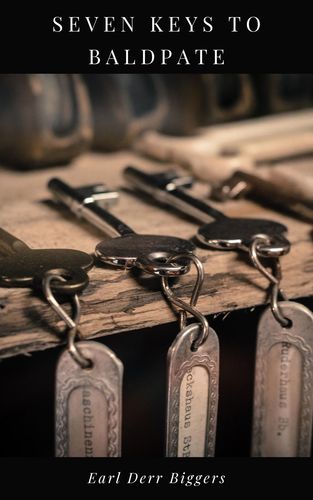 En savoir plus
Description
Baldpate Inn has a mystery and seven keys. The novelist has one. The other six fall into the hands of six apparent lunatics: 1. a hermit who flees from barbers and women has a key, 2. a peroxide blonde who "just loves" men has a key, 3. a college professor who has been laughed out of his job has a key, 4. a political "boss" who eats cigars has a key, 5. a Belle of High Sociétée has a key and, 6. a bold, bad clubman has a key.
Auteur(s)

The son of Robert J. and Emma E. (Derr) Biggers, Earl Derr Biggers was born in Warren, Ohio, and graduated from Harvard University in 1907, where he was a member of The Lampoon. He worked briefly as a journalist for The Plain Dealer in 1907,[2] and then for the Boston Traveller until 1912, before turning to fiction. Many of his plays and novels were made into movies.