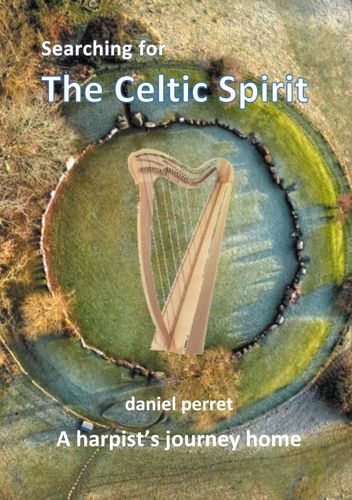 Searching for the Celtic Spirit

En savoir plus
Description
What fascinates me is the fact that the smaller harps, the no-pedal harps, are widely called 'Celtic harps' all over the world. They could have been called 'small harps', 'troubadour harps' or something else. But the term 'Celtid harp' stayed. Believing that there is more to it that just a technical term, I want to explore what draws people to vbuy a 'Celtic harp' and play 'Celtic Music'; The term 'Celtic' points at something deeper, something many people nowadays are looking for and need.

This book is not particularly about Ireland, and even less so contemporary, urban Ireland as this, I believe, is not the reason Celtic harpist come to the harp. I am interested to explore what exactly brings them to this quite unique instrument, and why Celtic. Exploring why they mainly play Irish traditional music on it is yet another question I will give some thoughts.
Auteur(s)

I have been a harpist myself since 1981. I play a pedal harp, a Celtic harp and the replica of a bow harp from ancient Egypt. I have been playing Irish music for some thirty years on low whistles and uilleann pipes. On my harps I have only been improvising. Having studied and taught spiritual healing, I gradually got into nature healing and distant healing with the harp.