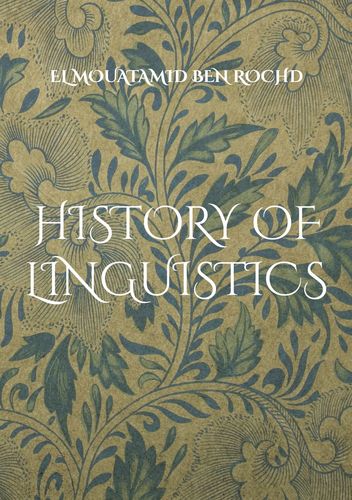 En savoir plus
Description
THIS BOOK
Swiss Ferdinand de Saussure is known as 'the father of modern Linguistics.' For others, the 'champion of Linguistics' came later on in the person of American Noam Chomsky. As a matter of fact, the infatuation for language goes much earlier in history. It was strongly felt under remote horizons, in the Far and Middle East, before reaching Europe and North America. This book is an attempt to give a glimpse on this long journey of language studies from different regions of the world, such as India, Iraq, Cordoba, and ancient Greece amongst others.
Auteur(s)

THE AUTHOR
Professor El Mouatamid Ben Rochd obtained his BA from Fez University in American civilization (1978), his Masters in French linguistics from York University (1982) and his PhD in theoretical linguistics and the structure of Arabic from the National University of Ireland (1990). He spent one year as a Visiting Scholar at the University of Washington, with Professor Fritz Newmeyer. He has taught, lectured and published numerous books and articles in many parts of the world.