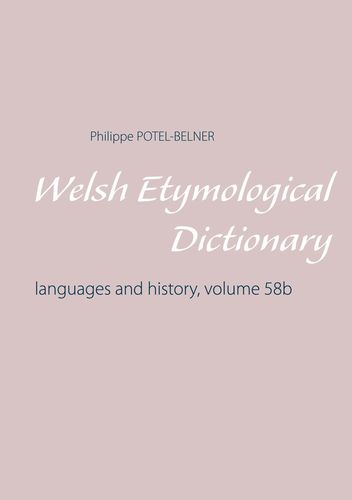 En savoir plus
Description
This dictionary refers to current and obsolete Welsh.
First of all, this dictionary refers to a former language, older than Sanskrit or old Persian: this is the former language, originating from a very former religion, born in northwest India around ten thousand years ago.
I have called this language: the Vedic language, because its vocabulary and its mechanisms can be observed in the Rg-Veda.
Briefly: this language is based on the division of the Universe in two parts: day and night. Personally, I have studied this language mainly in Sanskrit, this is a sort of primitive sanskrit, nevertheless I have found help in the Gaulish and Welsh languages.
Through this book, I show many origins and etymologies in French, old French, English, old English, German, Basque, and many other languages that I know fairly well.
Sometimes, unfortunately rarely, I refer to Arabic, Chinese, Japanese or African languages. The analysis of these languages, much closer than one says until now, will be another great phase for a better knowledge of the past.
Auteur(s)

Philippe POTEL-BELNER studies the past in every way. Obviously the main way is in languages, not only the written words, but also in the linguistic patrimonies and evolutions of words, around the Earth. This book is the twelfth one.