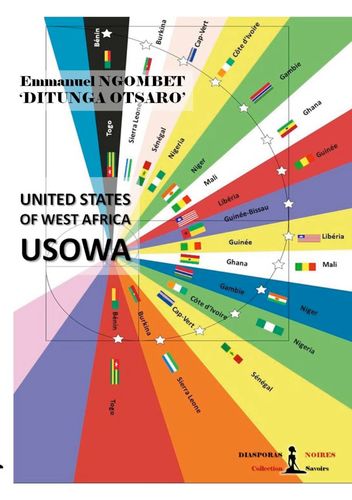 En savoir plus
Description
Whatever may be done by the Indo European, the melanized people's awakening seems inevitable. Just as the Jewish people, who feel really Jews within the land of Israel, the melanized human, will be able to recover his full expression only in ISIS and OSIRIS land where he can be his true self, that is, a light carrier and a builder of the humanity desirable future.
African people are intended to build their continent themselves, and allow lessons to be learnt from the Humanity past, while consolidating what is best for them.
The micro-states, resulting from the division of the world which took place in Berlin, have been pushed to their limits; they are disappearing to become the major geographic area in the world.
Are the young Africans ready to meet short-term and long-term challenges of the continent ?
Before it's too late, a citizen's initiative supported by the Civil Society may lead to the SYMBOLIC constitution of an embryo of African federal state :
United States Of West Africa - USOWA
Les États-Unis d'Afrique de l'Ouest - EUAO
Auteur(s)

Emmanuel NGOMBET 'DITUNGA OTSARO' is an engineer and a civil aviation inspector. He shares his living between Brazzaville, Dakar and France from seasons to circumstances

Diasporas Noires is a fair trade publishing house, 100% African (Africa and its diasporas around the world), a fair trade digital bookstore and the Africa Good News Review.