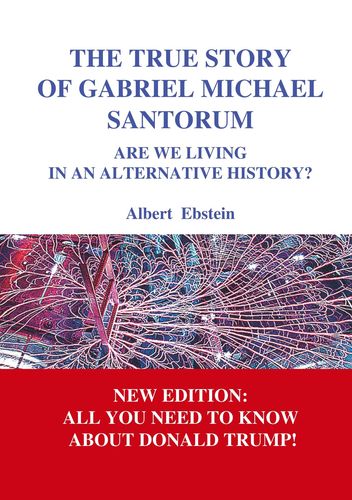 Are we living in an alternative history?

En savoir plus
Description
No one had ever been so far in alternative history and even changed our own History into a parallel or rewritten History which would comme and crush the first, the True one, in order to take its place. For what reasons? By what means? This book, which will remain a fiction as long as its last prediction is not completed, clearly explains. If you are an atheist, you will be glad to learn that the religions of the Book are the result of a huge manipulation of future, whose aims have served a desperate cause thanks to a providential technical innovation. This sacrilegious book takes place in a dimension which has been neglected for too long (the time) and deciphers an unimaginable truth. On its way, it demythologizes the flying objects from the past (long before aircraft) by identifying them, not as extraterrestrial vehicles, but as aircraft come from the Future of the Earth itself. It is the end of an immense taboo, which opens the way to a future permanently interacting with a past that we believed unique so far. This book is a major progress in the dimension of time, which links Man to a Future... he has already lived!
Auteur(s)

Albert Ebstein is an American author who predicts for years the victory of Rick Santorum in the American presidential election and who is obsessed by the security of Israel. He is the first who imagined a link between Archangel Gabriel and the history of the United states of America. The technological innovations, their strategic applications and the new laws of the space-time physics he describes make him a futuristic author that is comparable to Jules Verne. With his alternative history, he renews the genre of science-fiction in a way that no author from Isaac Asimov had ever undertaken.