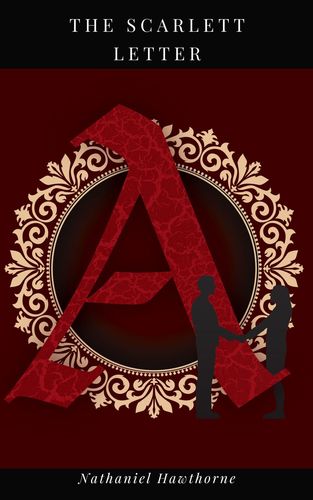 En savoir plus
Description
The Scarlet Letter, published in 1850, is an American novel written by Nathaniel Hawthorne and is generally considered to be his magnum opus. Set in 17th-century Puritan Boston, it tells the story of Hester Prynne, who gives birth after committing adultery, refuses to name the father, and struggles to create a new life of repentance and dignity.
Throughout the novel, Hawthorne explores questions of grace, legalism, sin and guilt.
Auteur(s)

Nathaniel Hawthorne was an American novelist and short story writer. His works often focus on history, morality, and religion.

He was born in 1804 in Salem, Massachusetts, from a family long associated with that town. Hawthorne entered Bowdoin College in 1821, was elected to Phi Beta Kappa in 1824,[1] and graduated in 1825. He published his first work in 1828, the novel Fanshawe; he later tried to suppress it, feeling that it was not equal to the standard of his later work.[2] He published several short stories in periodicals, which he collected in 1837 as Twice-Told Tales. The following year, he became engaged to Sophia Peabody. He worked at the Boston Custom House and joined Brook Farm, a transcendentalist community, before marrying Peabody in 1842. The couple moved to The Old Manse in Concord, Massachusetts, later moving to Salem, the Berkshires, then to The Wayside in Concord. The Scarlet Letter was published in 1850, followed by a succession of other novels. A political appointment as consul took Hawthorne and family to Europe before their return to Concord in 1860. Hawthorne died on May 19, 1864.

Much of Hawthorne's writing centers on New England, many works featuring moral metaphors with an anti-Puritan inspiration. His fiction works are considered part of the Romantic movement and, more specifically, dark romanticism. His themes often center on the inherent evil and sin of humanity, and his works often have moral messages and deep psychological complexity. His published works include novels, short stories, and a biography of his college friend Franklin Pierce, the 14th President of the United States.