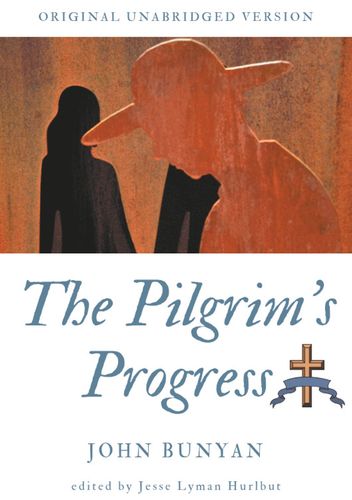 En savoir plus
Description
The Pilgrim's Progress from This World, to That Which Is to Come is a 1678 Christian allegory written by John Bunyan. It is regarded as one of the most significant works of religious English literature, has been translated into more than 200 languages, and has never been out of print.It has also been cited as the first novel written in English.

Bunyan began his work while in the Bedfordshire county prison for violations of the Conventicle Act of 1664, which prohibited the holding of religious services outside the auspices of the established Church of England. Early Bunyan scholars such as John Brown believed The Pilgrim's Progress was begun in Bunyan's second, shorter imprisonment for six months in 1675, but more recent scholars such as Roger Sharrock believe that it was begun during Bunyan's initial, more lengthy imprisonment from 1660 to 1672 right after he had written his spiritual autobiography Grace Abounding to the Chief of Sinners.

The English text comprises 108,260 words and is divided into two parts, each reading as a continuous narrative with no chapter divisions. The first part was completed in 1677 and entered into the Stationers' Register on 22 December 1677. It was licensed and entered in the "Term Catalogue" on 18 February 1678, which is looked upon as the date of first publication.[10] After the first edition of the first part in 1678, an expanded edition, with additions written after Bunyan was freed, appeared in 1679. The Second Part appeared in 1684. There were eleven editions of the first part in John Bunyan's lifetime, published in successive years from 1678 to 1685 and in 1688, and there were two editions of the second part, published in 1684 and 1686.
Auteur(s)

Jesse Lyman Hurlbut (1843-1930) was an American clergyman of the Methodist Episcopal Church. He was born in New York City, graduated at Wesleyan University in 1864, and held pastorates at Newark, Montclair, Paterson, Plainfield, Hoboken, Morristown, Orange, and Bloomfield, all in New Jersey. After 1879 he was connected with the Sunday-school and tract work of his denomination. He was secretary of the Epworth League in 1889-1892 and for some time was associated with J. H. Vincent in the direction of the Chautauqua Literary and Scientific Circle. From 1909 until his retirement in 1914 he was District Superintendent of the Newark District.