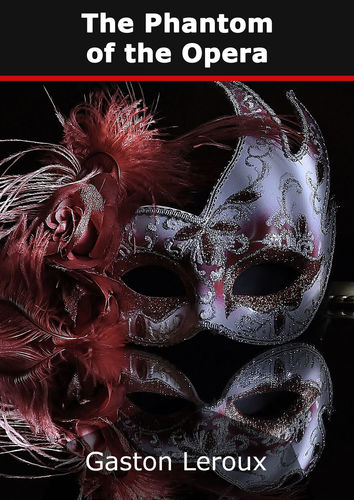 The Phantom of the Opera

En savoir plus
Description
First published in French as a serial in 1909, The Phantom of the Opera is a riveting story that revolves around the young, Swedish Christine Daaé. Her father, a famous musician, dies, and she is raised in the Paris Opera House with his dying promise of a protective angel of music to guide her.

After a time at the opera house, she begins hearing a voice, who eventually teaches her how to sing beautifully. All goes well until Christine's childhood friend Raoul comes to visit his parents, who are patrons of the opera, and he sees Christine when she begins successfully singing on the stage. The voice, who is the deformed, murderous 'ghost' of the opera house named Erik, however, grows violent in his terrible jealousy, until Christine suddenly disappears. The phantom is in love, but it can only spell disaster.
Auteur(s)

Gaston Louis Alfred Leroux was a French journalist and author of detective fiction.

In the English-speaking world, he is best known for writing the novel The Phantom of the Opera (Le Fantôme de l'Opéra, 1910), which has been made into several film and stage productions of the same name, such as the 1925 film starring Lon Chaney, and Andrew Lloyd Webber's 1986 musical. It was also the basis of the 1990 novel Phantom by Susan Kay.

Leroux went to school in Normandy and studied law in Paris, graduating in 1889. He inherited millions of francs and lived wildly until he nearly reached bankruptcy. Then in 1890, he began working as a court reporter and theater critic for L'Écho de Paris. His most important journalism came when he began working as an international correspondent for the Paris newspaper Le Matin. In 1905 he was present at and covered the Russian Revolution. Another case he was present at involved the investigation and deep coverage of an opera house in Paris, later to become a ballet house. The basement consisted of a cell that held prisoners in the Paris Commune, which were the rulers of Paris through much of the Franco-Prussian war.