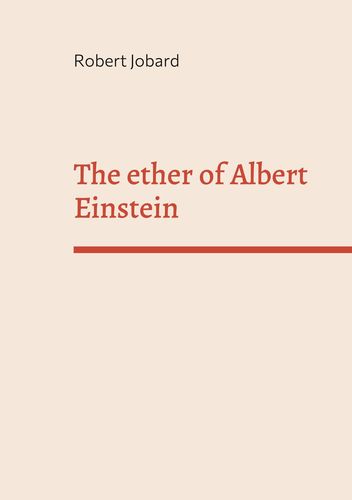 The ether of Albert Einstein

What Albert Einstein said that has been forgotten

En savoir plus
Description
If you ask a physicist to explain ether to you, he will either be embarrassed or he will say that ether does not exist, that it was rejected by Einstein in 1905.

But, in1921, Einstein published "The ether and the theory of relativity". After his theory of general relativity, he became aware of the problem posed by deformable space and gravitational waves.

He conferred with other physicists and recognized the existence of the Lorentz's ether, with no physical characteristics except immobility. An immobility that Einstein removed, if not a relative immobility in relation with the referential from which it is observed.

We have found a hypothesis that could explain this mysterious movement : the speed of light would be everywhere the same because the ether would be seen as motionless everywhere. This hypothesis is very simple, and we propose experiments that are also quite simple to verify it.
Auteur(s)

As an engineer, I was personally interested in space, astronomy and physics. When I retired, I took the opportunity to study in more detail the so-called special relativity which contains, whatever one may say, some surprising aspects.

My professional life took place in three stages, first in the design office of Sud Aviation, which will become aerospace, then in the handling industry as director of logistics and finally as director of a computer project. I was interested in IT in the aviation design office where everything was done on printers and punch cards, then in inventory and supply management. The 2000s were the years of change and consolidation of the Internet.