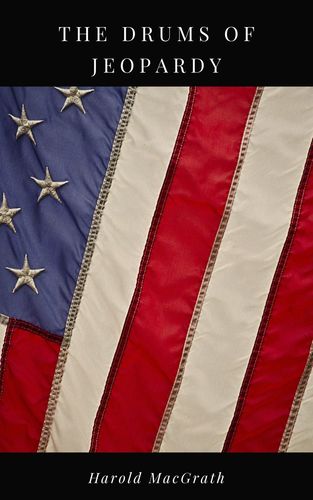 The Drums of Jeopardy

En savoir plus
Description
A typical MacGrath story that hinges on a Bolshevik intrigue in America. Plausibility is a small concern of a plot which will hold devotees.
Auteur(s)

Harold MacGrath (September 4, 1871 - October 30, 1932) was a bestselling American novelist, short story writer, and screenwriter.
Also known occasionally as Harold McGrath, he was born in Syracuse, New York. As a young man, he worked as a reporter and columnist on the Syracuse Herald newspaper until the late 1890s when he published his first novel, a romance titled Arms and the Woman. According to the New York Times, his next book, The Puppet Crown, was the No.7 bestselling book in the United States for all of 1901. From that point on, MacGrath never looked back, writing novels for the mass market about love, adventure, mystery, spies, and the like at an average rate of more than one a year. He would have three more of his books that were among the top ten bestselling books of the year. At the same time, he penned a number of short stories for major American magazines such as The Saturday Evening Post, Ladies Home Journal, and Red Book magazine. Several of MacGrath's novels were serialized in these magazines and contributing to them was something he would continue to do until his death in 1932.
In 1912, Harold MacGrath became one of the first nationally-known authors to write directly for the movies when he was hired by the American Film Company to do the screenplay for a short film in the Western genre titled The Vengeance That Failed. MacGrath had eighteen of his forty novels and three of his short stories made into films plus he wrote the story for another four motion pictures. And, three of his books were also made into Broadway plays. One of the many films made from MacGrath's writings was the 1913 serial The Adventures of Kathlyn starring Kathlyn Williams. While writing the thirteen episodes he simultaneously wrote the book that was published immediately after the December 29, 1913, premiere of the first episode of the serial so as to be in book stores during the screening of the entire thirteen episodes.
Among MacGrath's short stories made into film was the 1920 Douglas Fairbanks Production Company's feature-length adventure film The Mollycoddle based on MacGrath's short story with the same title that appeared in The Saturday Evening Post in 1913. Directed by Victor Fleming, it starred Fairbanks, Ruth Renick, and Wallace Beery and was distributed through the newly created United Artists.