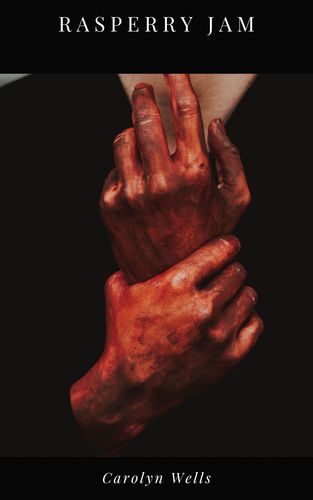 En savoir plus
Description
A locked-room mystery is solved by detective Fleming Stone. Sanford Embury refused to give his wife an allowance of spending cash or even a checking account. He pays all the bills and her store charge accounts. "Eunice found it intolerable to be cramped and pinched for small amounts of ready cash, when her husband was a rich man."

"Eunice Embury was neither mean nor spiteful of disposition. She had a furious temper, but she tried hard to control it, and when it did break loose, the spasm was but of short duration and she was sorry for it afterward. Her husband declared he had tamed her, and that since her marriage, about two years ago, his wise, calm influence had curbed her tendency to fly into a rage and had made her far more equable and placid of disposition."

Sanford is found dead in bed, alone, with the door of his second-story bedroom bolted shut from the inside. Was his wife a party to the murder, or perhaps did she commit the murder in a fit of rage? Who else had a motive? How does Sanford make all that money? How could the murderer do the deed if the room was locked from the inside? The clue that leads to the discovery of the murderer and the devious method used is you guessed it some raspberry jam.
Auteur(s)

Carolyn Wells was an American author and poet (born in Rahway, New Jersey, the daughter of William E. and Anna Wells.She died at the Flower-Fifth Avenue Hospital in New York City in 1942.She had been married to Hadwin Houghton, the heir of the Houghton-Mifflin publishing empire founded by Bernard Houghton. Wells also had an impressive collection of volumes of poetry by others. She bequeathed her collection of Walt Whitman poetry, said to be one of the most important of its kind for its completeness and rarity, to the Library of Congress (New York Times, Apr. 16, 1942).After finishing school she worked as a librarian for the Rahway Library Association. Her first book, At the Sign of the Sphinx (1896), was a collection of charades. Her next publications were The Jingle Book and The Story of Betty (1899), followed by a book of verse entitled Idle Idyls (1900). After 1900, Wells wrote numerous novels and collections of poetry.Carolyn Wells wrote a total of more than 170 books. During the first ten years of her career, she concentrated on poetry, humor, and children's books. According to her autobiography, The Rest of My Life (1937), around 1910 she heard one of Anna Katherine Green's mystery novels being read aloud and was immediately captivated by the unravelling of the puzzle. From that point onward, she devoted herself to the mystery genre