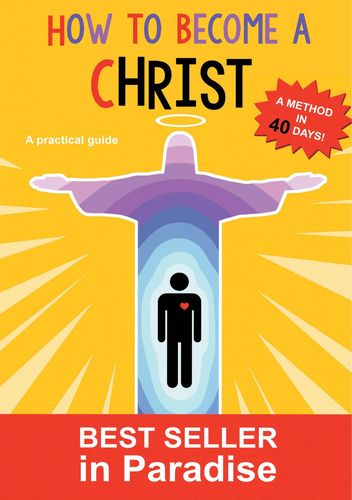 How to become a christ

A method in forthy days!

En savoir plus
Description
After Jesus Christ and his predecessor Buddha, called the "Awakened One", the time has come to incarnate this Christ-like energy found in each one of us. Such as Jesus did during his forthy days retreat in the desert, to discover and integrate the process that will bring about our own version of the "Christ"! Because each individual has the capacity to incarnate a Christ-like version of his/her self. After Jesus Christ, there could be revealed for example some Arnold Christ, Wendy Christ, Valentino Christ and other Lea Christ... We are waited upon during this period of planetary ascension in which each and every one has the possibility to become the most divine version of his/her self! You may have thought that the evolution of Homo Sapiens had reached it's term? Not so. Our evolution is still in progress... Soon, human beings shall enter an infinitely more majestic phase having as sole guide, Love, with the daily understanding and living out of our true nature. If a human being was able to do it, then others can too! And even everybody! All of those anyhow who wish to deeply. It was so for Buddha and Jesus (among so many lesser well known). Laying aside the fact of his great learning and wealth due to his parents, Siddhartha Gautama (Buddha) was an average human being. Buddha never proclaimed himself to be a god or an elect, a messenger of god, a son of god nor even a prophet. He represented himself to be a quite normal human being. Everything springs from Love and everything returns to it.
Auteur(s)

This book is written by you for you.
You are All and All is Love.