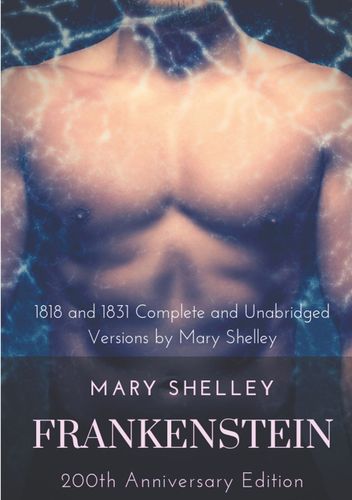 Frankenstein or The Modern Prometheus : The 200th Anniversary Edition

En savoir plus
Description
Frankenstein; or, The Modern Prometheus, is a novel written by English author Mary Shelley about eccentric scientist Victor Frankenstein, who creates a grotesque creature in an unorthodox scientific experiment. Shelley started writing the story when she was eighteen, and the novel was published when she was twenty. The first edition was published anonymously in London in 1818. Shelley's name appears on the second edition, published in France in 1823. Shelley had travelled through Europe in 1814, journeying along the river Rhine in Germany with a stop in Gernsheim which is just 17 km (10 mi) away from Frankenstein Castle, where two centuries before an alchemist was engaged in experiments. Later, she traveled in the region of Geneva (Switzerland - where much of the story takes place - and the topics of galvanism and other similar occult ideas were themes of conversation among her companions, particularly her lover and future husband, Percy Shelley. Mary, Percy, Lord Byron, and John Polidori decided to have a competition to see who could write the best horror story. After thinking for days, Shelley dreamt about a scientist who created life and was horrified by what he had made; her dream later evolved into the story within the novel. Frankenstein is infused with elements of the Gothic novel and the Romantic movement and is also considered to be one of the earliest examples of science fiction.
This special limited edition has been released to commemorate the 1818-2018 200th Anniversary of this legendary novel.
Auteur(s)

Born in London, Mary Wollstonecraft Shelley (1797-51) was the daughter of William Godwin, a noted social theorist, and Mary Wollstonecraft, one of the leading literary women of the day. Her mother died soon after her birth, and Mary was raised first under the care of servants, then by a stepmother, and finally in the rarefied intellectual atmosphere of her father's circle. In May 1814, she met Percy Bysshe Shelley and, in July of the year, moved with him to the Continent. Two years later, after the death of Shelley's wife, the poet and Mary were able to wed. It was in Switzerland in 1816, as a result of a story-writing competition among the Shelleys and Lord Byron, that Mary began Frankenstein, her first and most famous novel. Published in 1818, it was followed by such works as Valperga (1823), The Last Man (1826), and Falkner (1837). In 1822, after the death of her husband, she devoted herself to the upbringing of her son and the securing of his right to the Shelley family title.