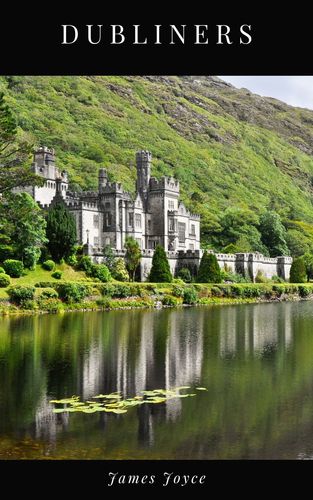 En savoir plus
Description
Dubliners is a collection of 15 short stories by James Joyce, first published in 1914. The fifteen stories were meant to be a naturalistic depiction of the Irish middle class life in and around Dublin in the early years of the 20th century.

The stories were written at the time when Irish nationalism was at its peak, and a search for a national identity and purpose was raging; at a crossroads of history and culture, Ireland was jolted by various converging ideas and influences. They center on Joyce's idea of an epiphany: a moment where a character has a special moment of self-understanding or illumination. Many of the characters in Dubliners later appear in minor roles in Joyce's novel Ulysses. The initial stories in the collection are narrated by children as protagonists, and as the stories continue, they deal with the lives and concerns of progressively older people. This is in line with Joyce's tripartite division of the collection into childhood, adolescence and maturity.
Auteur(s)

James Augustine Aloysius Joyce was an Irish expatriate writer, widely considered to be one of the most influential writers of the 20th century. He is best known for his landmark novels Ulysses (1922) and Finnegans Wake (1939), the short story collection Dubliners (1914) and the semi-autobiographical novel A Portrait of the Artist as a Young Man (1916).

Although his adult life was largely spent outside the country, Joyce's fictional universe is firmly rooted in Dublin and provide the settings and much of the subject matter for all his fiction. In particular, his tempestuous early relationship with the Irish Roman Catholic Church is reflected through a similar inner conflict in his recurrent alter ego Stephen Dedalus. As the result of his minute attentiveness to a personal locale and his self-imposed exile and influence throughout Europe, Joyce became simultaneously one of the most cosmopolitan and one of the most local of all the great English language writers.